Why the pre-Trib Rapture is a false doctrine 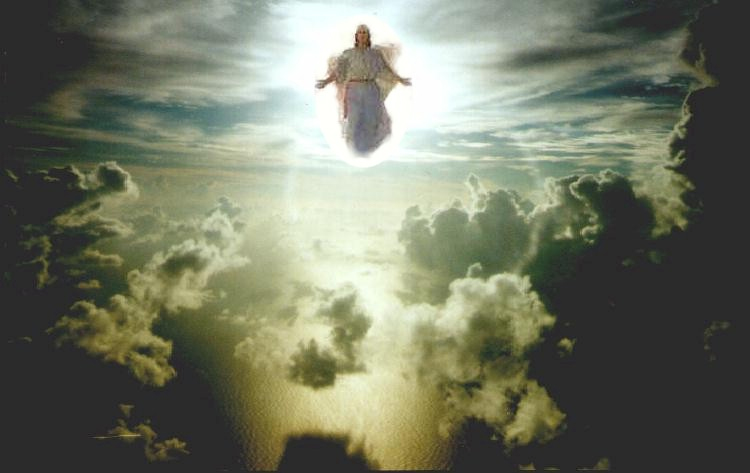 When is the Rapture? It seems to me that the Scriptures cannot be more clear as to the timing. Let’s set the stage with the words of Yeshua concerning the resurrection of His followers…

Three times Yeshua said He would raise His followers on the LAST day. This may also be supported by Hosea:

Hosea 6:
2 After two days will he revive us: in the third day he will raise us up, and we shall live in his sight.

Moving along to more evidence, Paul describes the Rapture event:

1 Thessalonians 4:
16 For the Lord himself will descend from heaven with a cry of command, with the voice of an archangel, and with the sound of the trumpet of God. And the dead in Christ WILL RISE FIRST.17 Then we who are alive, who are left, will be caught up together with them IN THE CLOUDS to meet the Lord in the air, and so we will always be with the Lord.

Note two things: 1) The dead rise FIRST {on the LAST day} and 2) Then, we who are alive and REMAIN (here) will be “caught up” to meet them in the clouds. Paul elaborates further to the Corinthians…

1 Corinthians 15:
51 Behold, I shew you a mystery; We shall not all sleep, but we shall all be changed,
52 In a moment, in the twinkling of an eye, at the LAST TRUMP: for the trumpet shall sound, and the dead shall be raised incorruptible, and we shall be changed.
53 For this corruptible must put on incorruption, and this mortal must put on immortality.
54 So when this corruptible shall have put on incorruption, and this mortal shall have put on immortality, then shall be brought to pass the saying that is written, Death is swallowed up in victory.
55 O death, where is thy sting? O grave, where is thy victory?

Here we see that the dead in Christ and we who remain will be changed at the LAST TRUMP. So, how can we then have at least seven more trumps going off in the Tribulation period with the Trumpet Judgments?
Furthermore, when is Yeshua going to be “in the clouds” where Paul said we will meet Him during this glorious event?

Matthew 24:
29 “Immediately AFTER THE TRIBULATION OF THOSE DAYS the sun will be darkened, and the moon will not give its light, and the stars will fall from heaven, and the powers of the heavens will be shaken. 30 THEN will appear in heaven the sign of the Son of Man, and then all the tribes of the earth will mourn, and they will see the Son of Man COMING ON THE CLOUDS of heaven with power and great glory. 31 And he will send out his angels with a loud trumpet call, and they will gather his elect from the four winds, from one end of heaven to the other.

When are the dead raised? Again, three times Yeshua clearly said “ON THE LAST DAY.” Then, the rest are “gathered together” as again Paul states…

2 Thess. 2:
1 Now concerning the coming of our Lord Jesus Christ and our being gathered together to him, we ask you, brothers, 2 not to be quickly shaken in mind or alarmed, either by a spirit or a spoken word, or a letter seeming to be from us, to the effect that the day of the Lord has come. 3 Let no one deceive you in any way. For that day will not come, unless the rebellion comes first, and the man of lawlessness is revealed, the son of destruction, 4 who opposes and exalts himself against every so-called god or object of worship, so that he takes his seat in the temple of God, proclaiming himself to be God. 5 Do you not remember that when I was still with you I told you these things?

When does our Lord come in the clouds? By His own lips: “AFTER THE TRIBULATION OF THOSE DAYS!” When are His people “gathered together” according to Paul? At His coming, which will be heralded by the LAST TRUMP – which is when the dead in Christ are raised first ON THE LAST DAY! It cannot possibly be more clear. It only takes a “theologian” to screw this all up. Seriously (and I’m sure a few will show up in the comments below to prove the point). Just read the text for yourself and stop adding all sorts of anecdotes to it.

Paul tells us not to let men deceive us concerning this issue. He further states that the “man of sin” – the lawless one – the Antichrist must first be revealed and second, take his seat in the holy place, proclaiming himself to be God. Even in your standard Dispensation eschatology, that’s generally understood to be a mid-Trib event, usually recognized as “the abomination of desolation.” So the best you could possibly hope for from Paul would be a mid-Trib Rapture. But as we’ve already seen, Yeshua clarifies the issue with repeated statements pointing toward the end of the Tribulation and the raising of the saints ON THE LAST DAY. And by the way, Yeshua also had begun His discussion with the disciples by giving the same warning concerning the Last Days:

Matthew 24:
3 And as he sat upon the mount of Olives, the disciples came unto him privately, saying, Tell us, when shall these things be? and what shall be the sign of thy coming, and of the end of the world? 4 And Jesus answered and said unto them, Take heed that no man deceive you.

They asked Him what the signs of His coming and the end of the world would be. Notice the first thing He said in answer to their question was that they take heed not to be deceived! He then proceeds to give them a bunch of signs, which would herald His return and the end of the world. Don’t you think that the most massive of all unmistakable signs He could possibly have given them would be the witnessing of millions of people flying up into the sky?? Even if you are a Dispensationalist and think the Olivet Discourse was directed only “to the Jews,” that is still a massively huge sign to leave out, don’t you think? Yeshua left the biggest and most unmistakable of all signs out, only mentioning His coming in the clouds as a concluding sign “After the the tribulation of those days…”

Getting back to the “on the last day” issue, we also have John confirming the timing of the rising of the saints:

Revelation 20:
4 Then I saw thrones, and seated on them were those to whom the authority to judge was committed. Also I saw the souls of those who had been beheaded for the testimony of Jesus and for the word of God, and those who had not worshiped the beast or its image and had not received its mark on their foreheads or their hands. THEY CAME TO LIFE and reigned with Christ for a thousand years. 5 The rest of the dead did not come to life until the thousand years were ended. THIS IS THE FIRST RESURRECTION. 6 Blessed and holy is the one who shares in the first resurrection! Over such the second death has no power, but they will be priests of God and of Christ, and they will reign with him for a thousand years.

So, here we clearly see they are raised at the END OF THE TRIBULATION (as in the “LAST DAY” of it) in order to reign with Yeshua for a thousand years.

Sorry Pre-Tribbers, but your doctrine fails the test of Scripture miserably. You not only grossly misrepresent what the text actually says, but your belief requires TWO “first resurrections,” TWO “second comings” and multiple “LAST trumps,” and you are blatantly disregarding Yeshua’s own words (three times no less – in the red print) that He was going to raise His followers up on the LAST DAY, not prior to seven years of Tribulation. In short, you have zero Biblical support and only the contrived opinions of men who read into the text ideas found nowhere therein. Hence you may be running the risk of being the “deceivers” both Yeshua and Paul warned us about.

With all this said, please know that I do not believe this is a “salvation issue,” so there’s no reason to get hostile about differing points of view. We’ll be better off agreeing to disagree at this point. I was a hardcore pre-Tribber for over 30 years. There’s not much anyone can tell me about it that I didn’t already know and teach myself. I know the arguments quite well. But I have since realized how wrong most of it is, and the above is just a tiny example of why. So, honestly, it’s highly unlikely anyone is going to convince me otherwise.

Enoch was Raptured 700 years BEFORE the Flood in a time of peace, which followed the 500 year “clash of the Titans” (according to the book of Enoch). So, if anything he’s a prime example of a post-Trib Rapture and a horrible example to be used for any justification of the pre-Trib view. Noah remained ON THE EARTH during the worst judgment of YHWH this world has ever seen to date. Lot and his family were preserved ON THE EARTH while YHWH poured out His wrath on Sodom and Gomorrah. The Israelites remained preserved ON THE EARTH in Goshen during YHWH’s wrath being poured out on Egypt. In EVERY example we have of YHWH’s wrath being poured out, we see His people being preserved ON THE EARTH and the bad guys being taken away/wiped out. The End Times will be no different – until the final judgement on the LAST DAY at the LAST TRUMP. At that time, we will indeed be Raptured in accordance with all the Scriptures stated above and more.